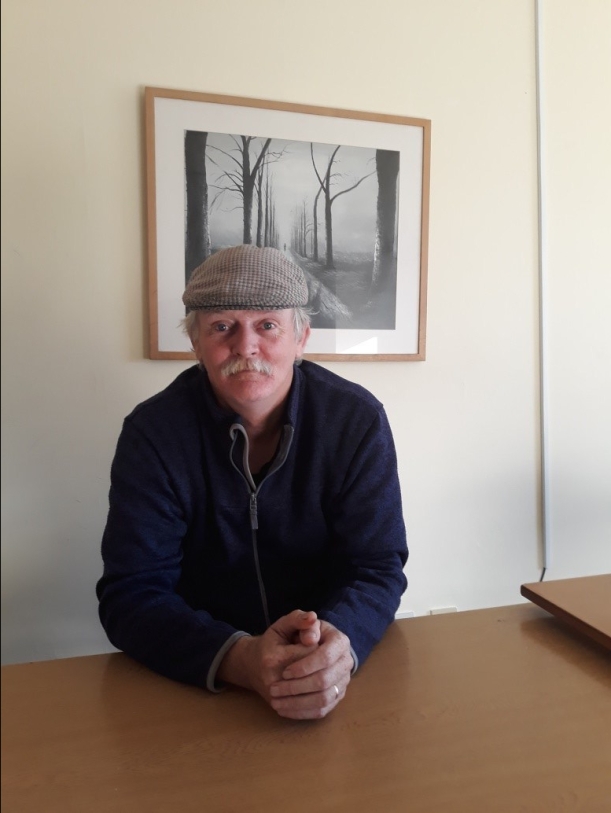 My name is Tony. I like to race pigeons. I have been doing it since 1979.  I was always into pigeons, watching and catching pigeons, since I was around 7 years old.  My brother and a chap in the flats just kept them but never raced them.  His name was Peter. He lived in Sherriff Street, Dublin 1 in one of the cottages and we all got interested in pigeons because of him.  He was older than us. His brother Eddie and I went into partnership with him.

I grew up in the flats in Sherriff Street.  Life was good in the flats, great neighbours.  If you needed sugar, bread or milk you always got it.  People always helped you out until it was labour day or until you got a few quid.  We got milk off Mrs. Bassett, a great woman, she had sons who worked in the docks, and she was a great neighbour.

At the age of 10 or 12 we used to break into factories and drive the forklifts up and down. We went in to catch pigeons but saw the forklifts. It was the Pig and Horse Feed factory in Sherriff Street.  We always put them back but they soon knew they were drove around as there was a dirt track left.

I was always fucked out of school. I was more interested in pigeons flying past the window than anything that was going on in the classroom. I wanted to be out. I went to the tech (technical college) for a few years, until I was about 14. I used to copy from anyone who sat beside me or copy off the board. I was able to write things down no matter what way it was writ (written), if it was tached (joined) I’d copy the writing.  They found out then I couldn’t read or write.  It was the headmaster in the tech who found out. He brought me and my mother in to his office and said ‘Read that.’ I said I can’t. I only knew it was ‘the’ something but I couldn’t read it.  He suspended me and threw me out.  I was 15 or 16. I didn’t care. I got a job in Fruit Importers in East Wall.  My job was going out to in a van, helping out in the van, delivering to big shops around town. I had to bring apples, oranges, bananas, whatever, sometimes tomatoes.  There was loads from our street working there.

What do I know about learning now? Learning is all about systems.  I didn’t know the alphabet but I know it now. There is a different system for everything, if it is learning the alphabet or riding a bike, whatever.  You are following patterns.  Like a machine, if you can copy the way things are done it helps.  You have to follow a system. The system I came across was the vowels – I learned how to listen out for the letters in big words. They were hard to get but it helps.  It is linked to reading and it is about listening out for them.

I look for a system in everything, depending on what it is you are learning. I might not know a big word but if it has ‘ing’ at the end of it, I recognise it.

I think about what I do. There is a reason for everything you do.  Like learning to drive, the handbrake in the car has to be off so it will not move for you. If not you will have an accident. This is why it has to be off.

If you don’t learn something today you can learn it any other time. There is no such thing as I can’t. You have to get yourself in the right frame of mind.

If you can help someone you can help them. If you can do something good for someone it is better than doing something bad.  I grew up with that message from living in the flats. No matter what, we all helped each other.

We can all learn anything. We can learn to be a pilot if we want.  It is all about getting your head together and learning the system of flying a plane.